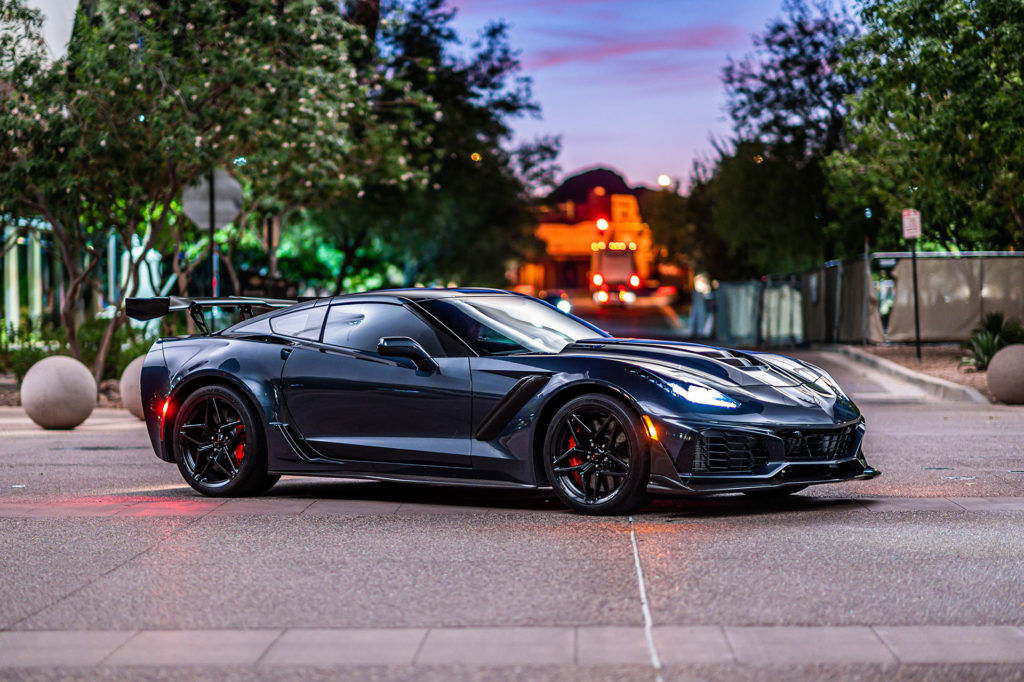 I made some changes to the car to soften the hit on the launch, switched to E50, and brought it back out to the track to see if I could get this thing out of the hole.  Well it delivered with a 9.33 @ 148.8 mph!  This thing just continues to impress me with simple bolt ons.  I’m half tempted to do a fuel system and pulley this thing down and see if I can get a low low 9 second pass or possibly even an 8.99?  So far all it has done is a CPR 5″ CAI, 2.85″ pulley, ARH 2″ headers, E50 / Meth, and a Forgeline dragpack. 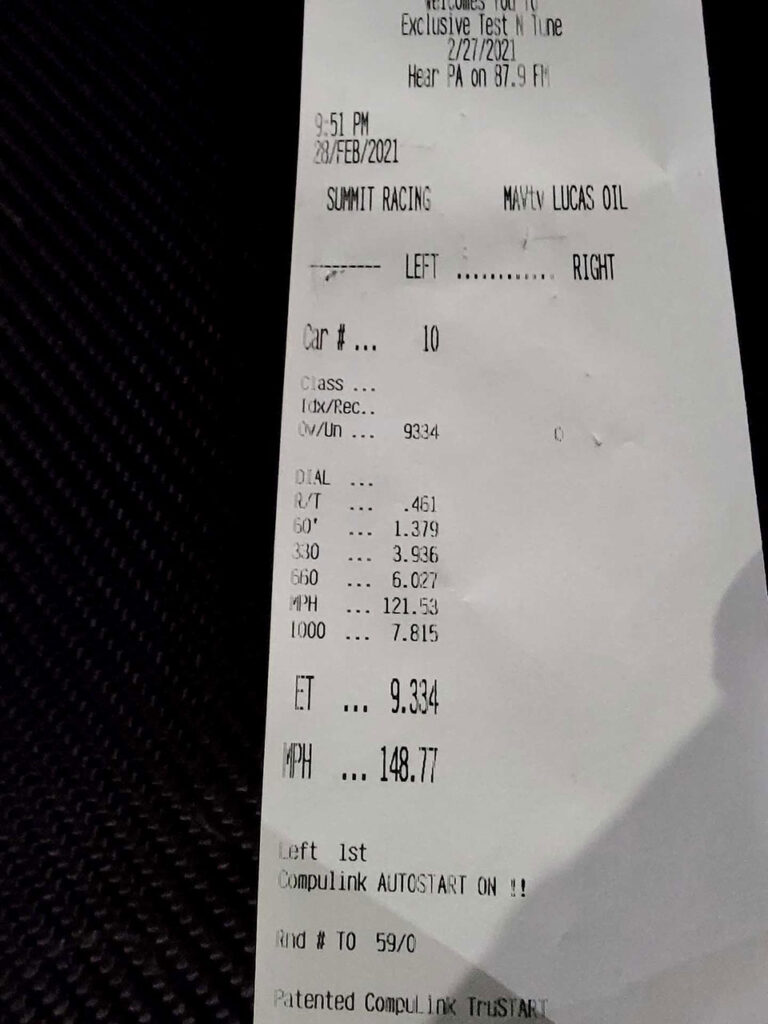 Went back out to the Gila Bend half mile event by Omega Motorsport after making a small pulley change to try for another couple pounds of boost and it delivered a new best with full ZTK aero, 178.00!  Previously it ran 175.37 with all aero on, with the big wing removed it hit 178.85 so the aero certainly has a large affect at the higher speeds.  Makes me wish I put on the drag radials, it was spinning at 60 mph or so and I would put money on it that I could have run a 180 with full ZTK aero!

The last pass we ended up running a big power GTR, he was running between 207-213 at the event and he let us have the hit and a car length or so before pouring in the power to catch us. He went 207 I believe, it’s pretty wild to see how quickly he caught us and went flying by.

Had another private track rental and was trying for that 9.5x with simple bolt ons and full ZTK aero and was so damn close but it just wasn’t having it this time out.  I actually ended up pulling some power out of it after the first two passes because I just could not get it to hook but still set a new best.  It would always spin at the top of 1st going into 2nd and no matter how I adjusted the tires it just wasn’t working this night.  I’m still happy with the runs given the air and track prep but I will be back out with it if we can get another event lined up this year with the whole pandemic looming about.

I headed up to the Ron Fellows Performance Driving School at Spring Mountain Motorsports Ranch for the ZR1 Owners School which is a 2 day class included with the purchase of a ZR1 from GM.  Over 2 days you get to learn the limits of your vehicle on a race track as well as the general fundamentals of the driving line, proper entrance/exit, balance, throttle steer, etc.  I don’t normally narrate my videos but I did in this one to point out some of the things we were doing and what was happening.  I have a lot more info on the times and what we were doing in the video description so you can read all about it but it was damn hot outside and I’m glad it wasn’t my car that I was beating on like that in those conditions!

I took the ZR1 out to the No Fly Zone Gila Bend half mile event after doing some light bolt ons to compare to what it ran previously, before it was 100% stock just with some good gas in the tank and it ran between 160-162 mph all day long.  At this event the weather was a bit hotter and the air was a bit worse but it still made some good gains. Traction was definitely an issue with street tires on it but I didn’t want to swap on the drag radials to drive an hour and a half out there and an hour and a half back.  First pass I made had all ZTK aero in place and it was rock solid, I pulled the big wing off the back for the last pass just to see what would happen and it picked up a solid 3-4 mph BUT it was so unbalanced that the rear danced around quite a bit at 180 mph so I won’t be doing that again.  The first run has the draggy app video overlay so it’s just kind of fun to see.  It went 175.37 mph with a passenger and full ZTK aero, then went 178.86 mph with no passenger and no rear wing with a worse launch.

Street Car Takeover was coming to Tucson Dragway on Feb 15th and I figured it was finally time to do a few small things to the ZR1 that I had been meaning to do and finally take it racing.  I still had the longtube headers from my old Z06 so those went on, installed a new CPR 5″ cold air intake, put a 2.85″ pulley on the blower, and tuned it on race gas.  I also contacted Forgeline to get a set of their brand new beadlock wheel setups that I saw at PRI and it arrived literally the day before the races so of course I was doing everything last minute as usual.  I figured I would just enter into one of the roll race classes as well as the 10.0 index to get as much racing in as I could.  We also hooked up the draggy to get some of those 60-130 mph times that everybody is going on about.  All in all it was a fun event but in the roll race part the guy next to me who was supposed to be keeping pace with me jumped on the gas before the tree and slingshotted the heck out of me at the start and I couldn’t run him down, oh well.  Towards the end of the 10.0 index races I realized that I hadn’t had a chance to run a full pass and test and tune was over so instead of trying to win I went for the time slip instead.

I finally had a chance to update the site with the C7 Z06 replacement!  Drove out to Georgia to pick this up and drive it back home earlier this month.  After tuning the last ZR1 I just had to have one and it took a lot of re-arranging of vehicles and a couple months of planning but it all worked out.  As for future plans it will more than likely just be simple bolt ons at first and the great part about this car is that ends up making around 800 rwhp or so on good gas, so about 60 more than the Z06 did with more mods.  At some point I’m sure it will end up with a cam to push those numbers higher but for now a couple of friends of mine and I went out to do a photoshoot with it being 100% stock.  Thanks to Jimmy Casey and Jim Boomer! 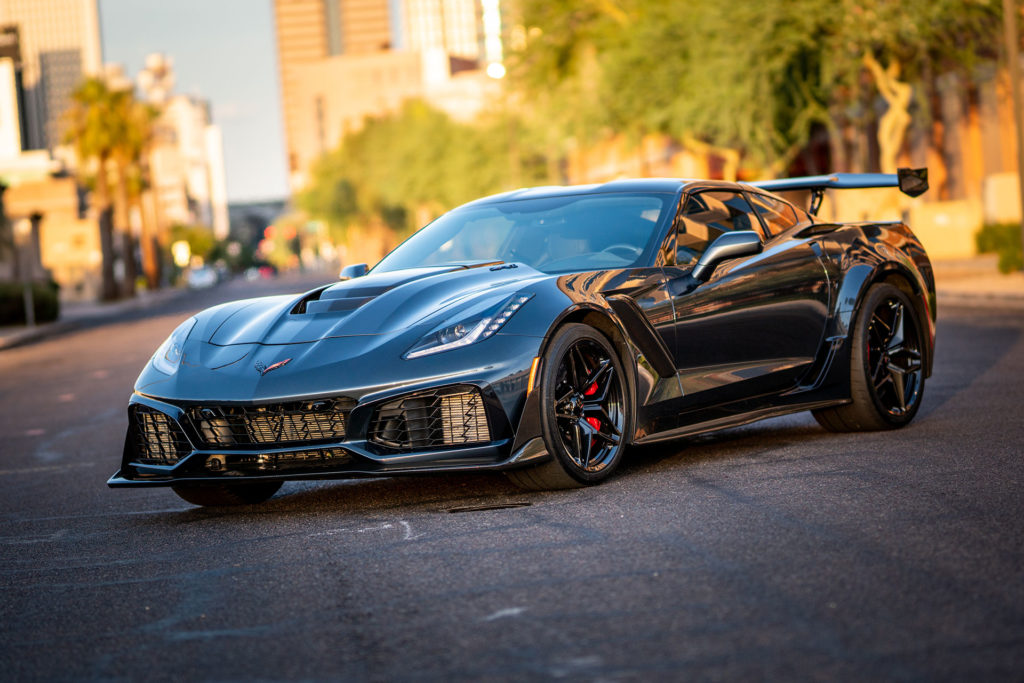 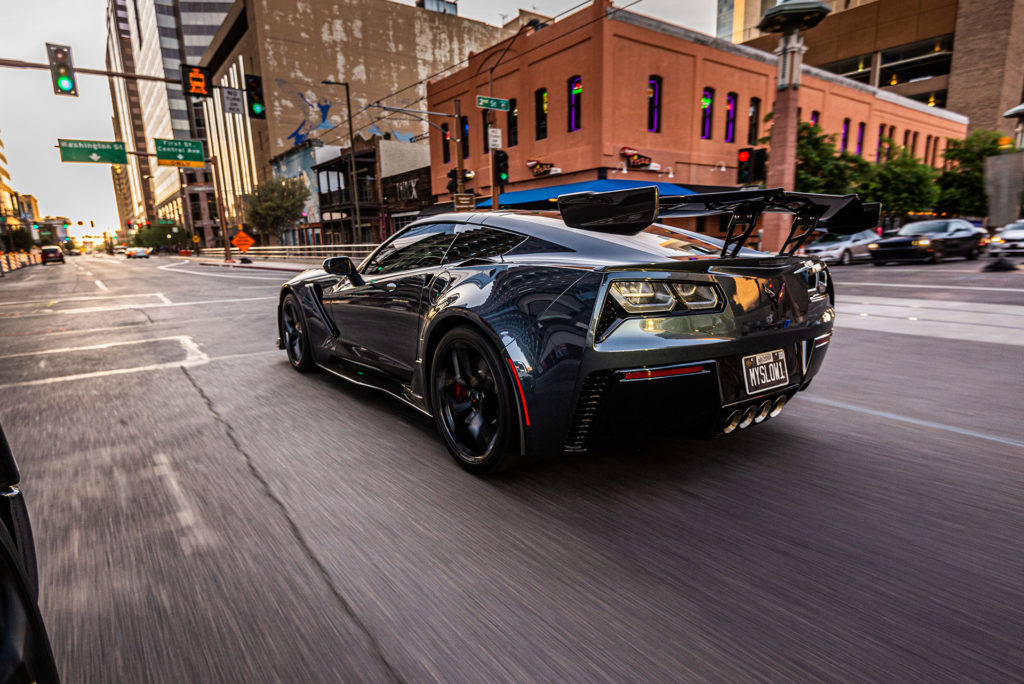 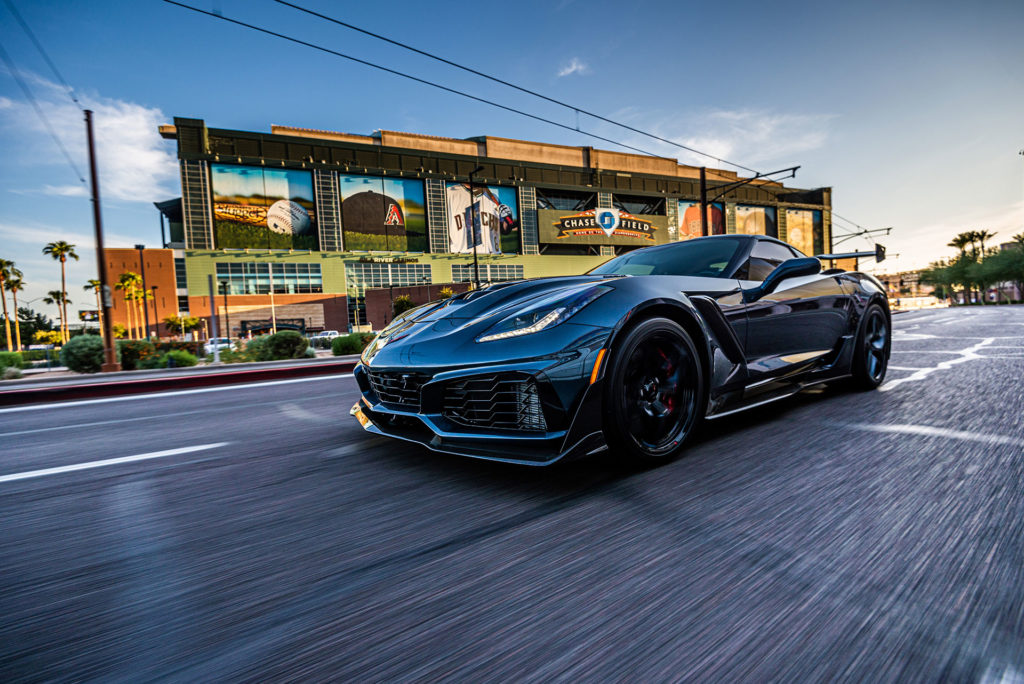 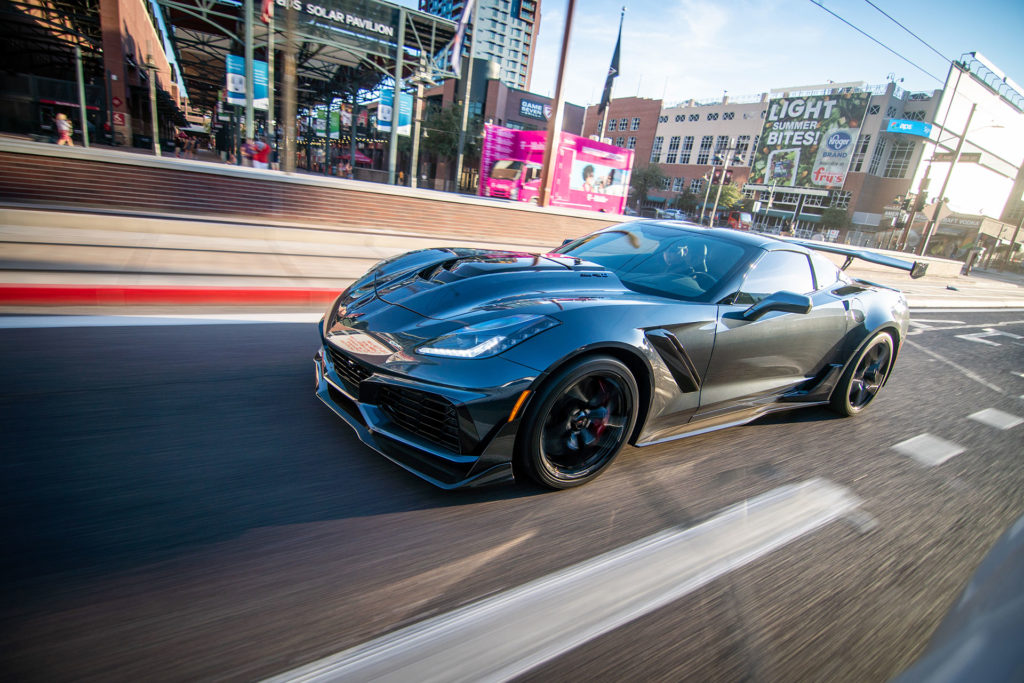