I did it, I sold it…. that was hard but at least it went to a good home and will get used more than I’ve had time for lately.  Too many irons in the fire, too little time, and I just didn’t get to drive it much anymore so it was time.  I’ll keep this section up for posterity, to remember all the fun I’ve had with it over the years and never forget.

Went back out to Tucson Dragway on November 20th with the Camaro and while I didn’t run a new best I was able to get some funny video by taking passengers in the car for a hard launch.  I just had to let out after grabbing 2nd gear but that’s OK the launch is the part that passengers don’t get to experience on the street.

Finally updating a bit more on this page but I brought the car out to a private track rental down at Tucson Dragway.  It was pretty awesome to not have to wait in line for hours to make a pass or two and the guys out there at Tucson Dragway actually care about the racing and want you to have fun unlike another track around here that won’t be mentioned.  The only bad things were that it was 95 degrees outside and the DA was 6000 FT but it was still a blast even though the sun did it’s best to roast me.  I didn’t expect to hit any new bests with the heat and the fact that my combo is pretty much maxed out.  I was pretty surprised when it did actually run a new best so here is the video!

Not that this is related in any way to the track but here is a quick video showing the traction control system that I have been playing with on the Camaro.  I just turn it off at the track since it really shouldn’t be necessary there but on the street with an unprepped surface it works hilariously well.  It took a lot of tweaking on the various cut levels to work well with the torque converter slip, etc but the results are pretty dramatic.

And I realized I had never posted this video either since I hadn’t made any updates since January 2015 but I had taken the car out to the half mile race out at the Gila Bend airport back in March 2015.  Now this type of event is certainly not the Camaro’s forte since it’s just geared for a quarter mile and it’s terminal speed is only 165 mph but it was still fun and a good excuse to beat on it.  I would just race everybody to 165 and that was that!  Part of me wants to regear the car and take it back out since I’m out of gear half way down the track but that sounds like work and I don’t have any time.  So enjoy the video!

I haven’t made any updates on here for a while because I’ve just been putting gas in it and driving it but I really wanted to help this thing hook on the street a bit better. It just so happens that these changes also make it look a bit meaner. This may actually slow me down a bit on the track because I never really had many traction problems there and these new wheels/tires are heavier and take away some of my effective gearing, but it will certainly help everywhere else besides a fully prepped surface. I decided to mini-tub the car and try to tuck a taller tire underneath. It’s all still stock style suspension and I’m still limited on tire width because I haven’t moved any mounting points on the axle or the body but I did go to a smaller diameter coil spring and offset control arms to get just a bit more clearance for the inside of the tires. I had to change out the rear shocks to some shorter ones so when it was at full droop it wouldn’t spit out the shorter springs because I moved the axle up almost a full 2 inches to compensate for the taller tires. The last thing I wanted was the stink bug look and it absolutely had to tuck the tire or I wouldn’t do it. Here are a few pictures of the car as it sits now and the interior that I am almost done with. I may try to fit the factory plastics back in place but I would have to cut them up quite a bit and not sure it’s worth the time at that point. There is also another addition that I’m not going to expound on at this point in time but you might be able to tell what it is by looking at some of the interior pictures. In my initial testing it is pretty fantastic for the street but won’t really do anything for me at the track. Oh well I’ve said enough… 🙂 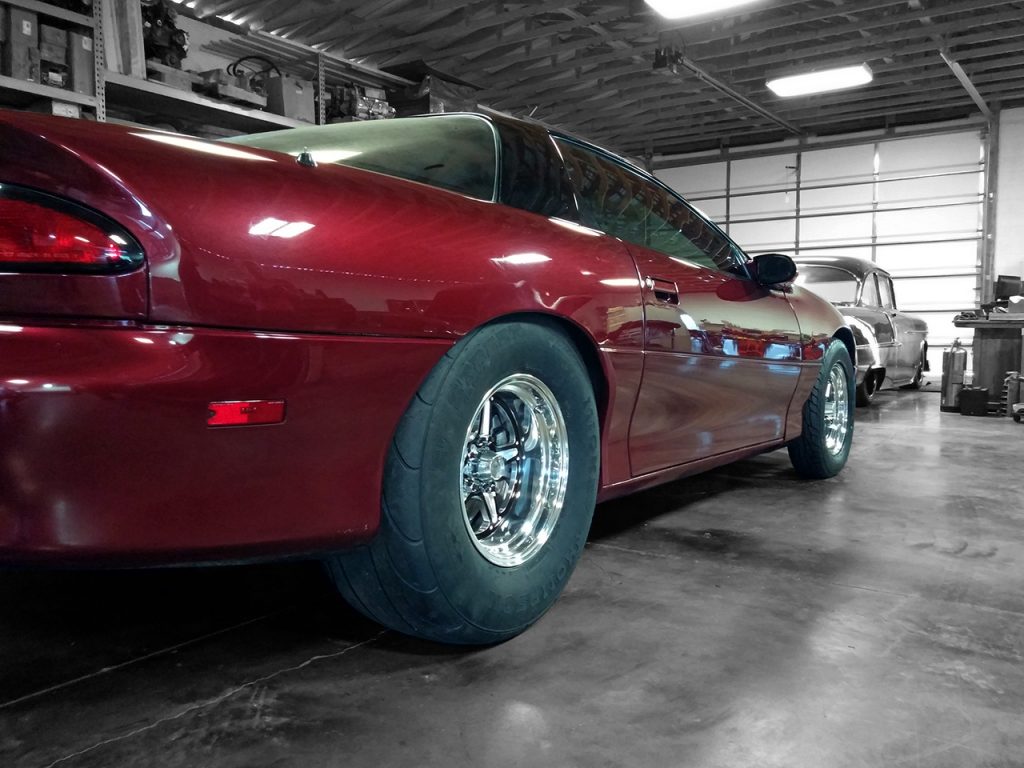 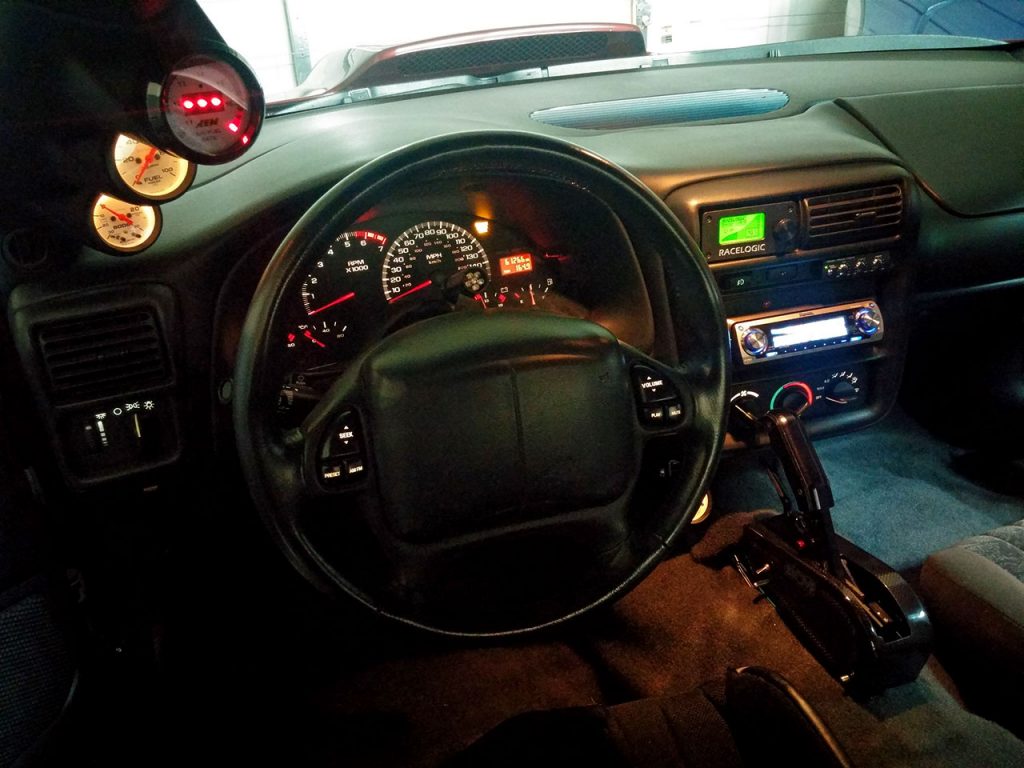 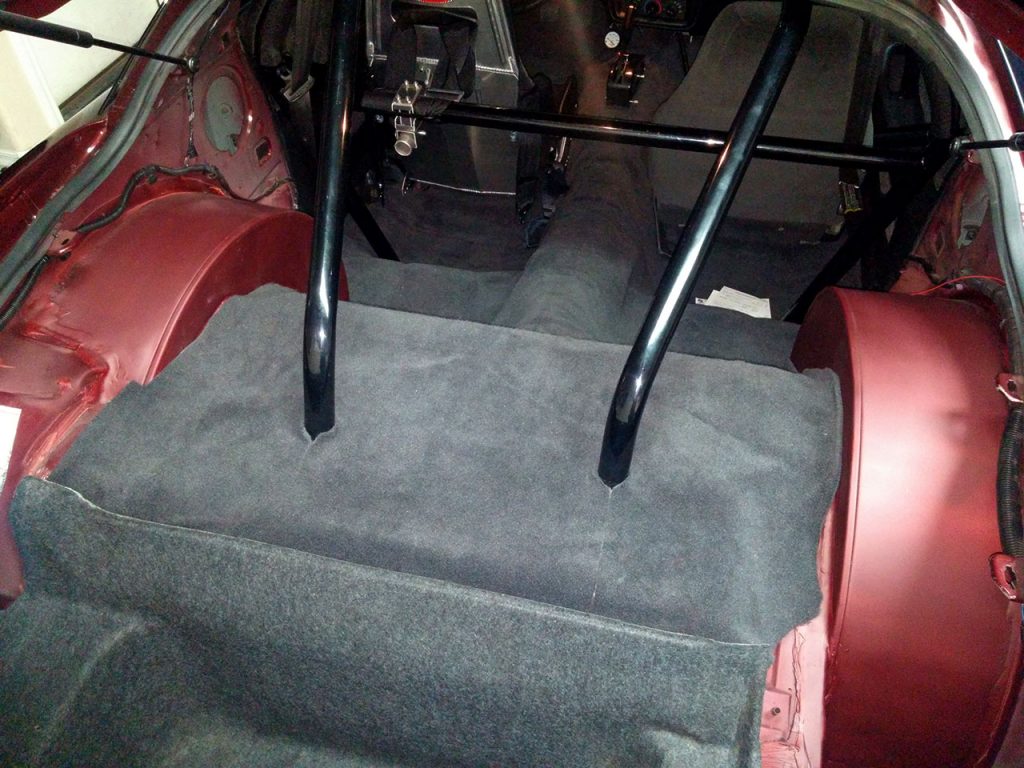 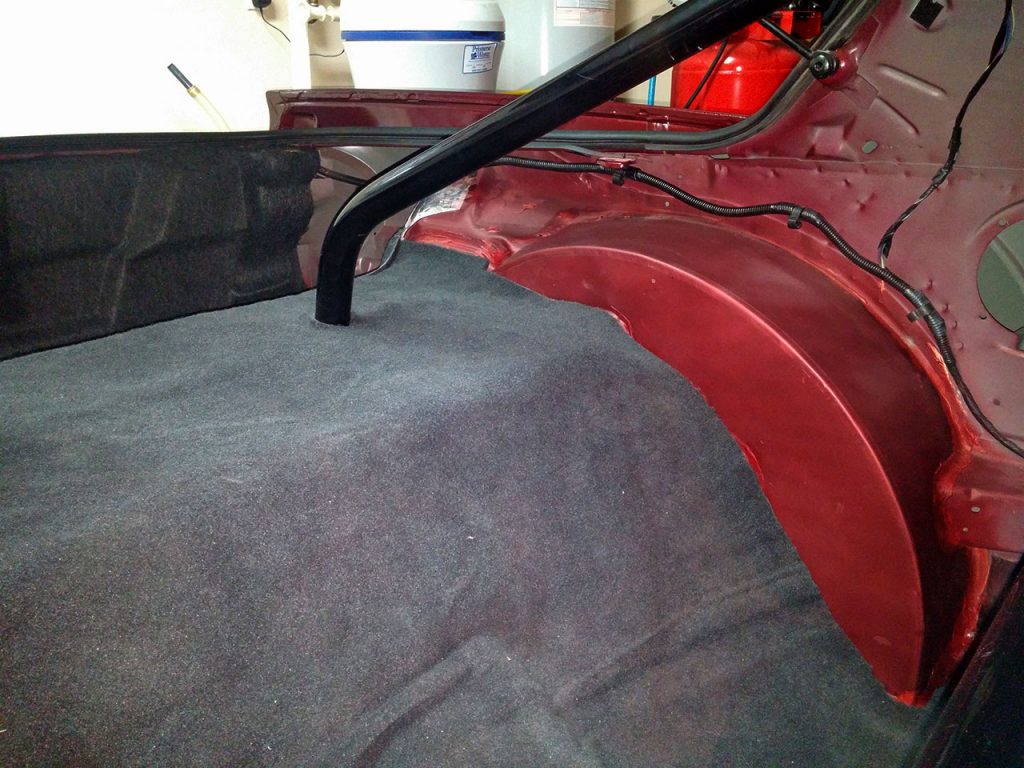 Time to start updating the performance section a bit differently as things will kind of go in chronological order from here on out, not sure why I didn’t do this to begin with.

So I took the Camaro out to the track again to see what it can do at 18 psi on E85 along with a few other small changes like lightweight brakes/spindles. I’m trying desperately to get rid of some of the heft of this thing and even with the latest weight reduction it’s still sitting around 3400 lbs raceweight with me in it. The lightweight brakes dropped a solid 50 lbs off the front of the car so it’s not a huge amount in the grand scheme of things but every little bit counts. I also have a lightweight seat in it now which fits the 5-pt harness better but it’s still actually really comfortable. Also new is E85, well I’ve actually had the car running it for years now but I never ran it at the track after the change over.

This day out at Speedworld was a benefit race day for my good buddy Sterling. He is in need of a kidney transplant and we decided to try to get everybody out to the track to participate in a small race series to try to generate some money to help pay for the operation. We had some trophys for our made up classes for the winners and it helped to get people to pay to enter the races or enter in some raffles. I had already decided that I was going to be on the brakes for the entire day until the last race so I wouldn’t break out and get the boot since the car is only legal down to 10.0. We setup the ladder system so that hopefully it was me and Bill Wallace in the finals as we were the two faster cars for that day. This way if neither of us broke out and won our races we could let it all hang out in the final for the boot, well for me at least because Bill’s car actually techs for 9 second passes and mine doesn’t.

First couple of test passes before the ladder races I was getting a feel for the track and what 2-step settings I was going to run for the day. I eventually went all the way down to 2800 rpm on the 2 step as anything higher would blow the tires off. The track just wasn’t doing it for me today because normally I could turn it up to around 3400 rpm and make it stick so my 60’s weren’t all that great. I decided to run the 18 psi setting to half track and then get hard on the brakes to get an idea of what it would run full out. When the guy handed me my timeslip I about shit because I knew it felt quick but not that quick. I’m car #6 in these timeslips and you can click on the timeslip to get a bigger image. 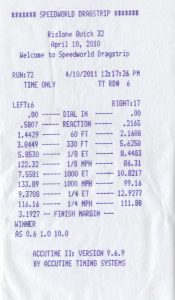 So yeah, I seriously broke out on even that half pass but mysteriously they said nothing to me at the ticket booth about getting the boot so I got back in line and went through with all of the ladders till eventually Bill and I made it to the finals. OK, this was for all the marbles and not only did I want that 1st place trophy I wanted to see a low, low 9 second timeslip assuming the track would hook it. We staged up and Bill sixty footed the shit out of me as expected and I had to play catchup the entire way down the track, hooray for turbo power! It was the closest race of the day and was fun to watch. I beat him by a hundreth of a second at the finish line. Be sure to click on HD for the video and full screen it. 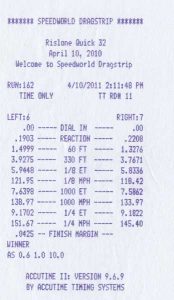 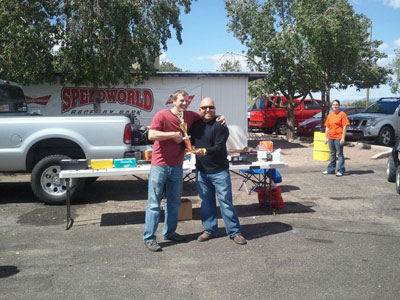 4/10/11 Decided to head back out to the track again after a few small changes, new best!

6/9/10 Haven’t really made any updates for a long time, just been putting gas in it and enjoying it. Made another video so check out the vid section for the goods.

4/21/08 Some new pics in performance and pic section

12/15/07 Made a “medium” boost dyno pull, graph in the performance section

11/14/07 Forgot to mention that back in July the car was a feature car on The Turbo Forums.  Go there here.

9/28/03 Been too quiet for too long, many performance upgrades.  No more playing around.  🙂